Shark catch: from hunter to hunted. 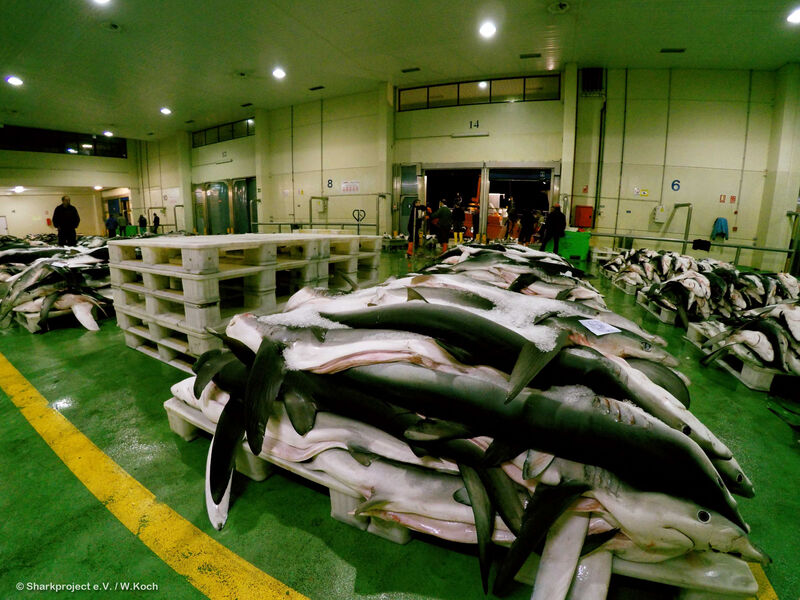 Until recently, I thought that the cruel business with the shark fins, only happens in Asia, but on our trip we were taught better. As we strolled through the Spanish fish market in Pontevedra, I spotted shark fillet at one of the many counters and was irritated. I was not aware that there are people in Europe who voluntarily eat shark meat, since it is known to be contaminated with heavy metals and therefore unhealthy for the human body. Most of all, however, I was concerned with the question of how it can be that shark fillets are offered at an enormously low price on a Spanish fish market, when at the same time the population of sharks is drastically declining and many species are threatened with extinction. So I started researching that very day and was shocked at what I found out.

On the Atlantic coast of northern Spain, in a town called Vigo (not far from where we visited the fish market), is the main hub for shark fishing in Europe. The animals are caught, for example, in their retreat and leaching areas around and off the Azores. The longline fishery used to catch sharks is one of the most brutal forms of destruction of our oceans. The lines are up to 300 kilometers long with 20,000 hooks per 100 kilometers. What is well covered up, but actually obvious, is that this method also catches endangered species, such as the great white shark, hammerhead sharks and turtles. These are thrown death or with serious injuries back into the sea.

Over 90 million sharks are killed every year. That’s over 190 sharks per minute. 30% of them under the Spanish flag! 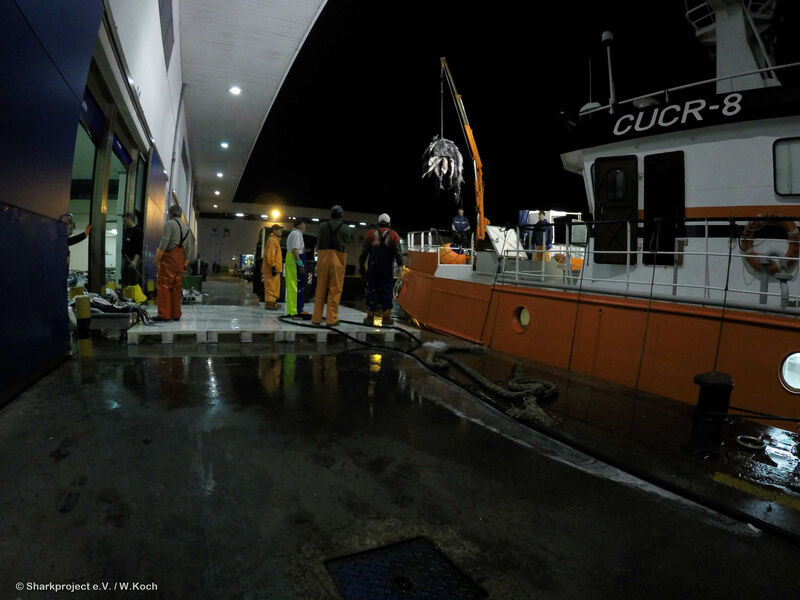 A billion-dollar business that can hardly be controlled and that has led to the extinction of between 90 and 99 percent of animals in the last 100 years alone, depending on the species.

The largest shark fishing nations in the world are Indunesia, India, Spain, Portugal and Japan. The shark fins are mainly sold to China and Hong Kong, also known as “Shark Fin City” is the trading center. It is a very lucrative business, as the soup cooked from the fins, is a status symbol in China. A single shark fin can cost up to 1,000 euros, and you pay around 100 euros for a plate of shark fin soup. The shark meat, on the other hand, is worthless.

But since July 2013, in Europe all caught sharks must be brought ashore with all fins on the body, of course, a huge mountain of shark meat arises, which you have to get rid of. In the past, fishermen used to pull the animals out of the sea to cut off their fins, while they were usually still alive. Subsequently, the animals were seriously injured and thrown back into the sea, unable to swim. Once at the bottom of the sea, they had to suffer an infinitely agonizing death, slowly suffocating in pain. This very shark finning method continues to be practiced illegally and sometimes legally in many countries. But who in Europe consumes these masses of shark meat landed through the finning ban?

The answer is frightening: we Europeans ourselves are the consumers, sometimes without even knowing it. Germany imports and consumes over 500 tons of shark annually. The consumer then buys them in the form of shark steaks, smoked schiller curls, or canned fish.

Because the shark is at the top of the food chain in the oceans, lives up to 90 years and prefers to hunt old and sick animals, its meat is so contaminated with methylmercury that eating it poses a serious threat to human health. One serving of shark meat of 250 grams, contains 350 milligrams of methylmercury. The established maximum limit is 0.1 milligrams of methylmercury per kilogram of a person’s body weight.This heavy metal can cause irreparable brain damage, kidney failure, nerve damage and increased risk of cancer, plus it has a half-life of 25 to 30 years in the body. Thus, it accumulates with each consumption. The same applies to the consumption, other large predatory fish species such as tuna, swordfish and halibut. If you think tuna isn’t that bad, you’re wrong. Tuna is as highly contaminated with methylmercury as shark.

According to an EU study, every third European child is now said to be born with elevated levels of methylmercury. Since the danger from eating large fish species is hushed up, there is still a large demand and, accordingly, a lucrative market. The solution seems quite simple at first, do not eat shark, swordfish, tuna, because where there is no demand, there is no market.