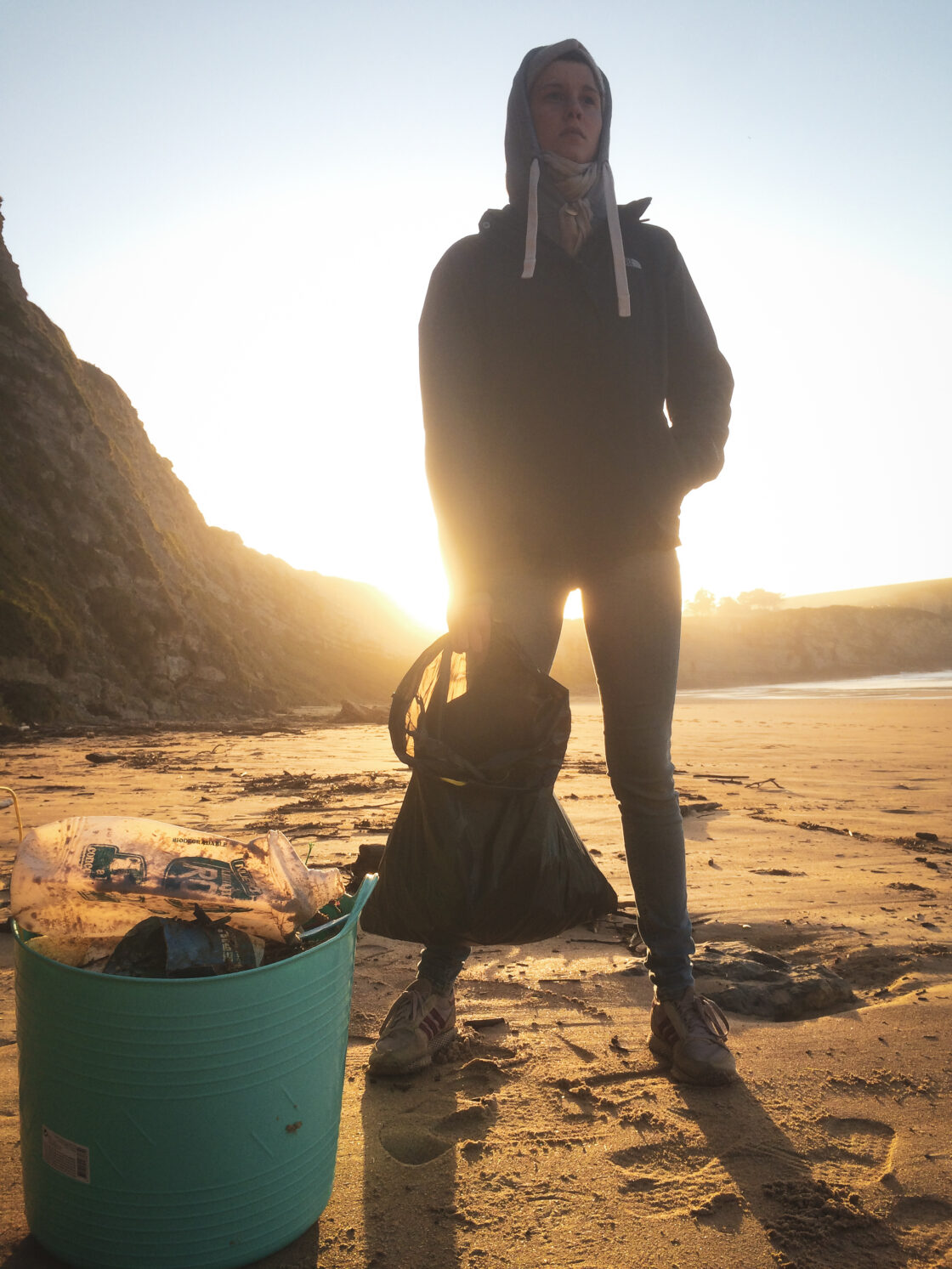 The plastic problem is omnipresent. Social media, advertisements and documentaries point out the devastating consequences of plastic consumption and encourage one to change one’s shopping behavior to help protect the environment.

Plastic has been a problem in our oceans since the 1970s, and since then consumption, and therefore trash, continues to rise without much being done about it.

Last year, more than a million birds and more than half a million sea creatures died from plastic. The causes of death vary. Some Animals starve miserably with full stomachs, because plastic clogs the digestive system, many birds can not even fly because of these “full” stomachs. Marine mammals become entangled in old fishing nets, drown or suffer serious injuries during attempts to free them, from which they eventually die.

Where is all this plastic from? How does it get into the sea? The main cause of the immense amount of plastic waste is commercial fishing. Nearly half of the 79,000 tons of trash, in the world’s largest garbage vortex, the Great Pacific Garbage Patch, consists of fishing nets. It is these nets and lines that are particularly dangerous to marine life, as they can become entangled in them and suffer a slow, agonizing death. In addition, trash ends up in the oceans and coasts via rivers that flow to the sea, wind, and illegal dumping. If we keep this up, there will be more plastic than fish in the ocean in about 20 years.

Of course, we also witnessed the plastic problem during our trip. Honestly, everywhere and all around the clock. Especially the beaches were frightening, but also the plastic consumption of many people was a disaster after a closer look. In my opinion, any single-use plastic items should have been generally banned long ago, but unfortunately not much can be expected from the government. As consumers, we must become more aware and, above all, more critical. Because where there is no demand, there is no supply.

We’ve been keeping our everyday life low in plastic for a long time, go shopping in unpacked stores, buy dairy products in reusable jars and make sure to use only biodegradable soaps that don’t contain any microplastics.

But on this trip, we realized that it’s not enough to just reduce your own plastic consumption. So we made it a point to collect trash every morning, no matter where we were. On the beaches, however, it was unfortunately so that after two hours of collecting, we had two-three large garbage bags full, but the tenfold amount still lay on the beach and after each tide, new plastic is added. 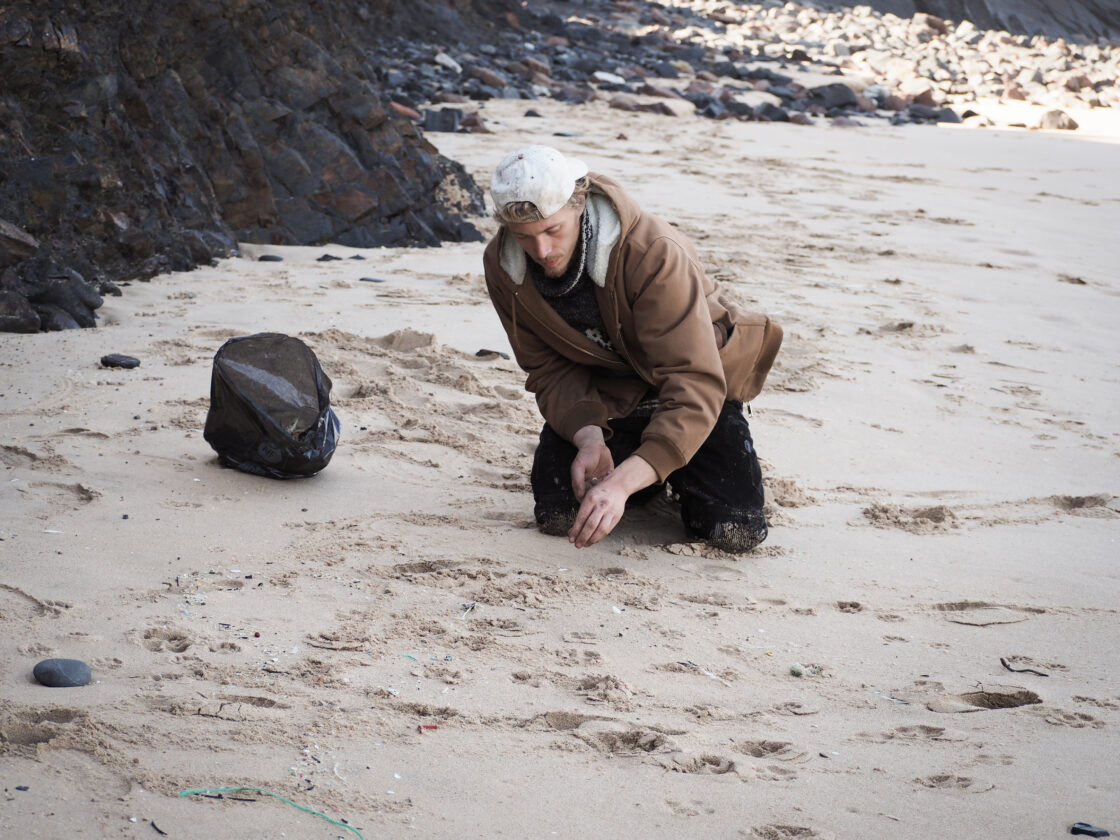 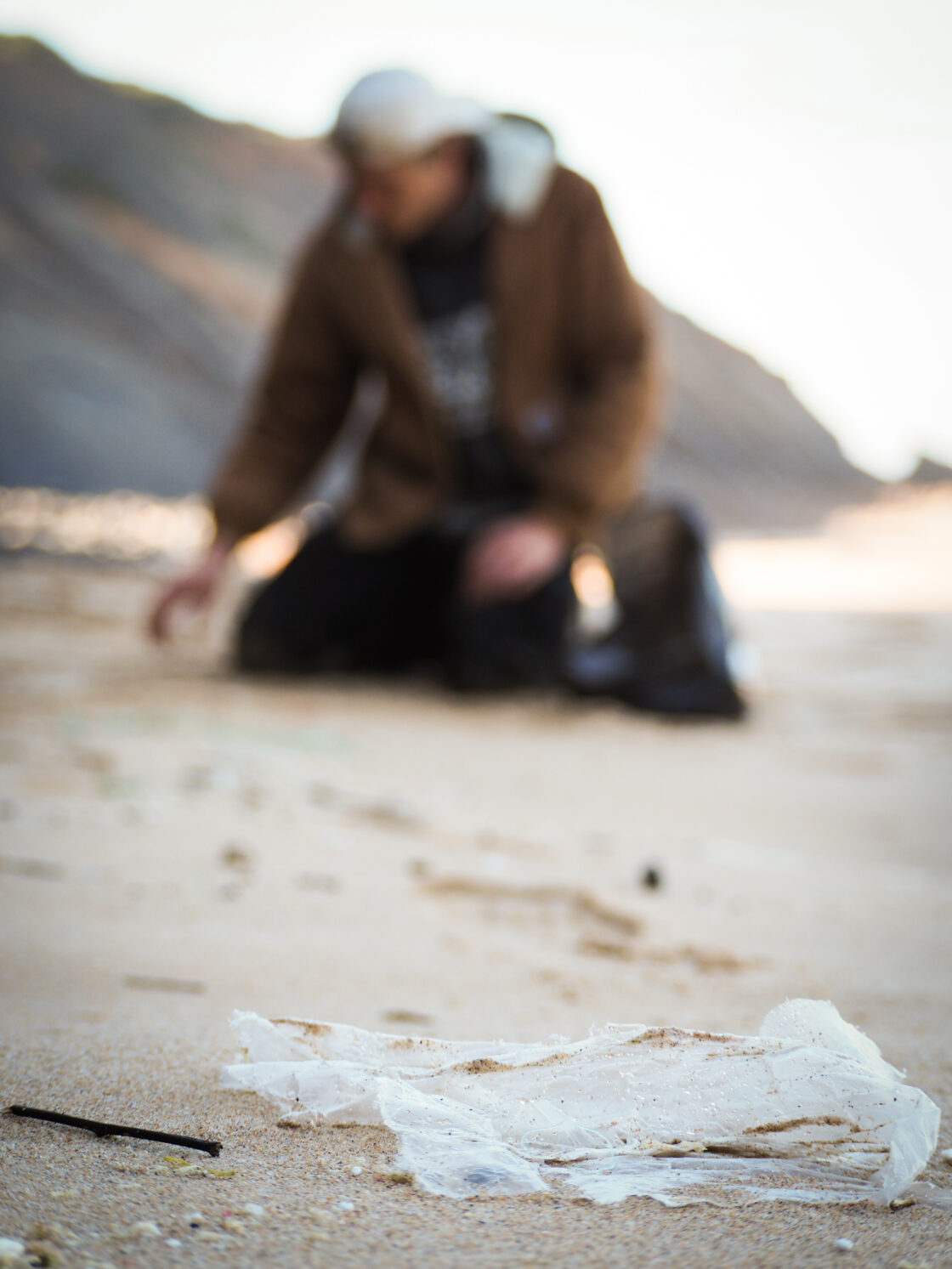 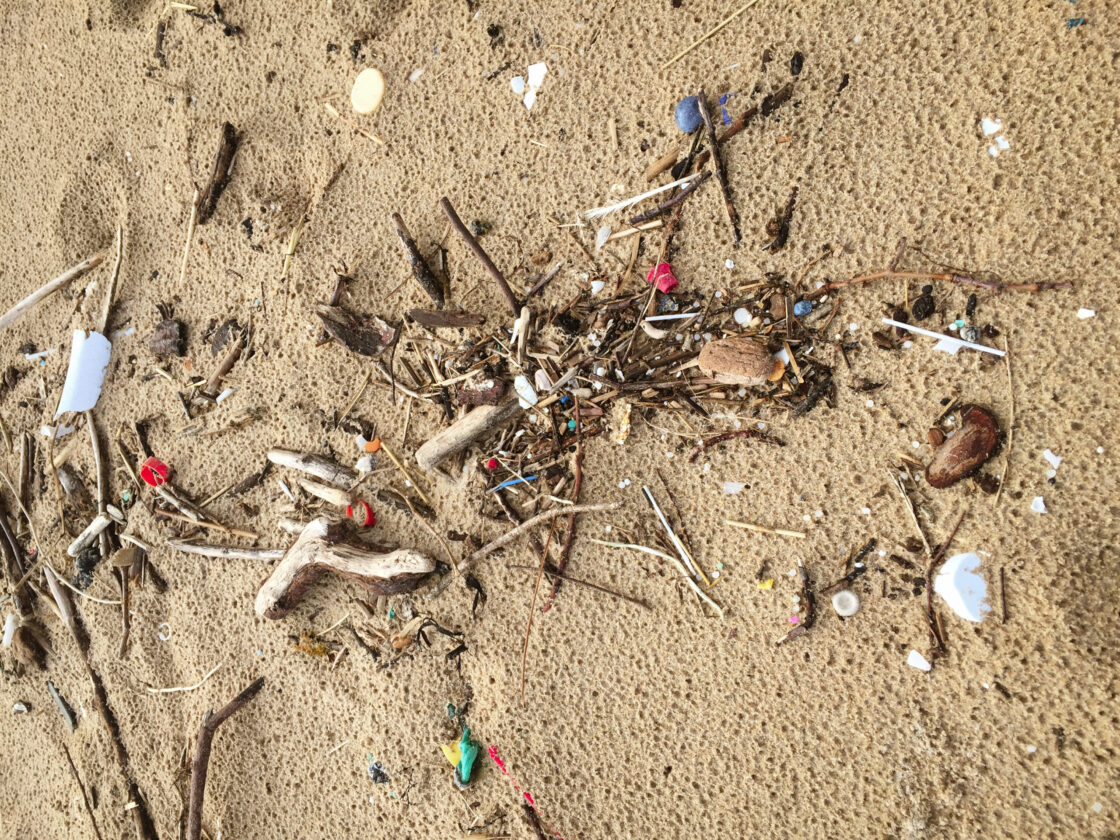 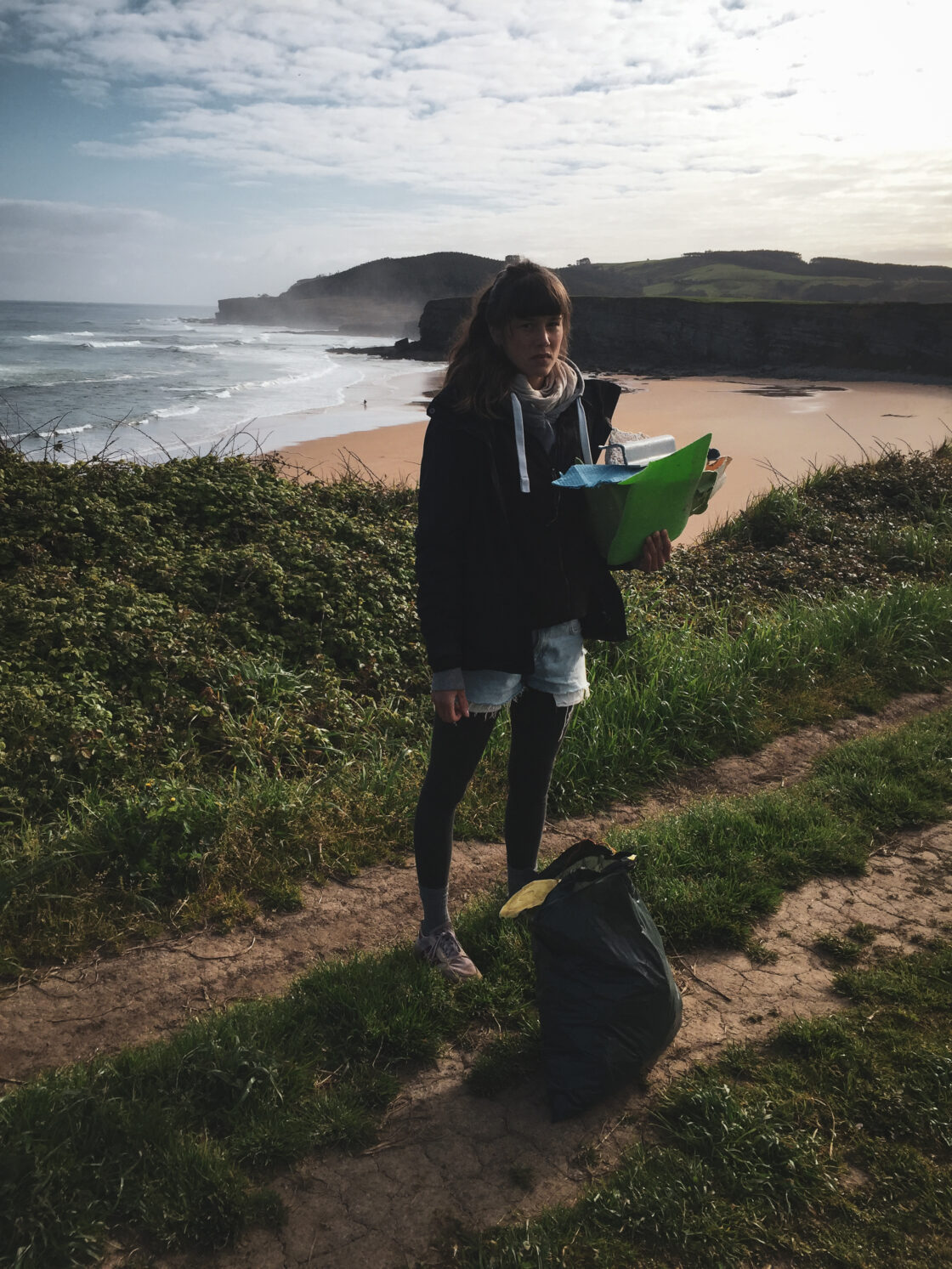 We were almost always alone and cleaned the beaches as best we could. Attempts to contact locals and motivate them to collect plastic have often failed. Most had the excuse that a city cleanup crew would come in May and clear the beaches of trash before the tourist season. During the other 6 months, when there are no tourists in the area, the beach is suffocating in garbage and countless animals die from it.

On the Atlantic coast of northern Spain, in Cantabria, we have noticed an increase in small plastic pellets used to make plastic items on the beaches. After some research, we came up with two factories in the area that use these pellets and, accordingly, must be responsible for their presence in the sea and on the beaches.

We could hardly believe it and therefore contacted the mayor in charge. We have not received a response from him to this day.

After 6 months of traveling, we were convinced that there was no such thing as a plastic-free beach anymore.

Often one is overwhelmed by all the problems and believes there is nothing we can do about them, but we have to! We cannot rely on our governments, on any greenwashing seals and allegedly sustainable corporations. We must become active ourselves! We have to educate people, because only those who know about these abuses can consciously change something about them. Joint actions such as beach cleanups, lectures or fundraisers strengthen communities and encourage more people to get involved.