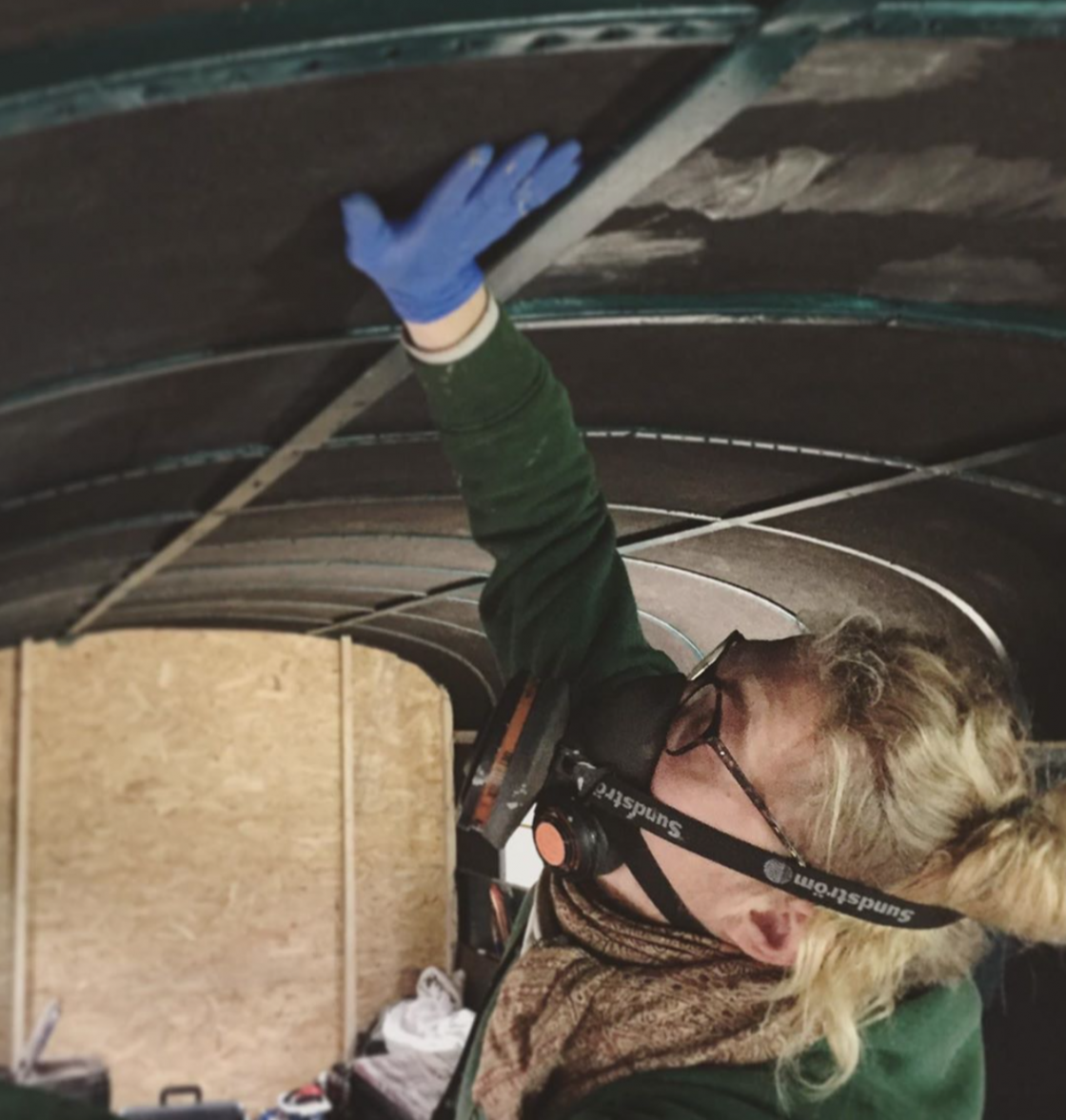 We spent several weeks trying to get the bus sealed properly. It was dripping in so many places that we couldn’t figure out where exactly the water was coming from, so we decided to seal every single joint and rivet with body glue. After passing a test with the Kärcher, the next step was to protect the interior from rust in the long run. Using Ovatrol, Pellox and special rust-proofing paints, we treated the entire interior to remove existing rust and make the body resistant to rust in the future.

In the meantime, it was already November and began to freeze at night, so that icicles hung from the ceiling even in the bus. If you turned on the oven in the morning to have a reasonably comfortable temperature to work, of course the ice thawed and the entire bus was soaking wet. There was no way it could go on like this! We had to insulate… As we know, when cold air meets warm air, condensation occurs, which of course we definitely don’t want, otherwise our bus will become a dripstone cave. So we have to move the dew point to the outside with the help of insulation. Sounds quite simple at first… I would have loved to insulate with natural materials such as wood or sheep’s wool, but unfortunately these are not very suitable for steel walls because they absorb water, causing the coach to rust and our wooden interior to rot. Accordingly, we unfortunately had to use insulation made of synthetic material. Fortunately, we were able to buy polyethylene foam insulation mats, also known as trocellen, as a waste product from a company. These were mats that were dirty and partially damaged. However, we didn’t care about that at all. We spent the next three weeks applying the Trocellen to the walls and ceiling with Pattex kraft glue (smelly devil stuff). We insulated a total of three layers, which is about 4 inches. After the walls came the floor! We wanted to insulate the floor with Styrodur and searched for used Styrodur for a long time, but never found enough. Until we noticed that the cold store on our property, which is to be demolished anyway, is insulated with 8cm Styrodur panels. These we have directly reused and insulated our floor….